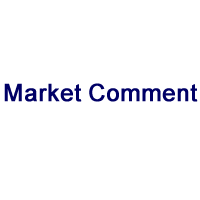 Court Guinness resurrects an old column he used to
write in which he takes an opinionated and sometimes irreverent view of what he sees in the market place.

In this issue he looks back on the month of August 2018.

Looking over and surveying my desk late in August 2018 I can safely say that this August has been far from one of the quietest on record. It will not rank as one of the busiest of my 23 years in industry but it has been, well industrious.

I note that this year August seems to have been taken up with “prep work” with many people I speak to in the deal making trade putting building blocks in place for the end of the year and in some cases looking well forward to the period just past Christmas. I talk more about the Christmas period and its impact on dealmaking in the lifestyle sector later in this issue. I have said much the same thing for many years and it is heartening to see this advice being gently taken on board and that some dealmakers are not leaving things until the last minute.

On a cautionary note I have heard some jittery voices in respect of the unlovely Brexit. I am not sure how this will play out however some sectors of the marketplace do already have their belts and braces at the ready!

On the basis of activity in August and my note above the run to 2019 does look to be a good one in dealmaking circles and I do have good hopes for the markets.

I look forward to speaking with you all again next month!

Former businesman. Disabled. UK based. View all posts by courtg9000

This site uses Akismet to reduce spam. Learn how your comment data is processed.

Lucy The CAT
The Trade House

The Trade House
Lucy the CAT

How I got big in Lingerie! - Court Guinness